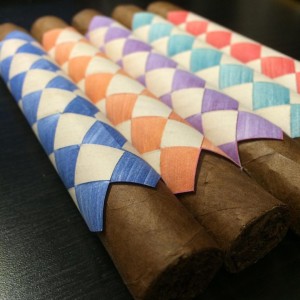 June 5, 2015 (Miami, FL) – MoyaRuiz Cigars is proud to announce their 2015 limited edition release, The Chinese Finger Trap. Production on this project will be limited to only 1,000 boxes. Each box will feature 10 cigars in a 6×50 Toro size.

Danny Moya, co-founder of MoyaRuiz Cigars explained the concept behind the Chinese Finger Trap: “We had such a blast making last year’s limited edition release, the Nunchuck, so we knew that this year we had to once again think outside the box. Although this release also has an oriental theme, its packaging is inspired mainly by vintage novelty/game boards the Chinese finger traps came in.”

“The blend is an ancient Chinese secret. Thus, no further information about the blend will ever be released.” says Moya. The cigars are made in Erik Espinosa’s factory La Zona in Estelí, Nicaragua.

Retail pricing for the cigars has not been finalized. The Chinese Finger Trap is targeted to be released at the end of June, 2015. 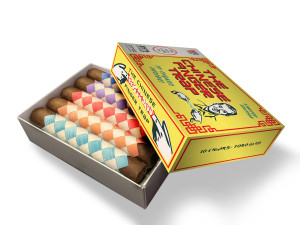