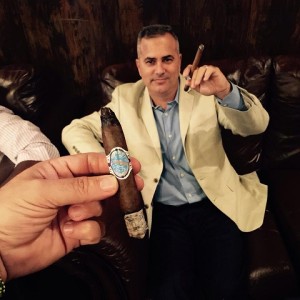 Arby Sosa is a fourth generation disciple of the tobacco industry following in the footsteps of his great grandfather, Don Juan Sosa. The Sosa cigar tradition began in the Taguasco region of Cuba at the turn of the 20th Century. By the 1920s, Sosa’s farm, Santa Julia, had become one of the largest tobacco producers in Cuba. Today, the storied family celebrates over 70 years in the tobacco industry with 50 years manufacturing cigars.

Since the original seed was sown, the Sosa family pioneered the art of making top-quality premium cigars. Like many highly skilled tobacco growers and makers, the Sosa family did not give up after the Castro regime crippled the island. Instead, Don Juan’s son, Arturo, emigrated to the United States in 1962 and opened his first factory in Miami, Florida in 1964 where they began rolling cigars. The family remained there until 1982 when they moved to the Dominican Republic with the Quesada family. Today, most of Sosa’s cigars are made at the Tabacalera A. Fuente #4 Factory on the Dominican Republic where Arby’s father, Juan B. Sosa, has been managing operations since it opened in 1997.

Today, the Sosa family celebrates 50 years rolling cigars. To commemorate, Sosa Cigars introduced a very limited special production run of the Sosa 50th Anniversary Pirámides cigar in early 2015. There were only 100 boxes made, which were numbered and signed by the entire Sosa family.

“The cigars were very limited and sold out very quickly,” said Arby Sosa.

To continue the celebration, the family released the Sosa Half Century, which also comes out of the Tabacalera A. 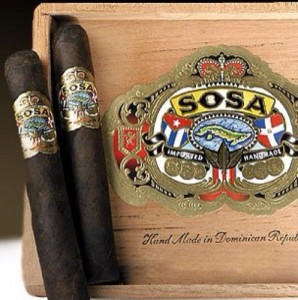 Fuente #4 Factory. Also blended by Juan B. Sosa, the Half Century uses a very distinct wrapper. It is a Cameroon-seed wrapper but grown in Mexico. It has an Ecuadorian Sumatra binder with Dominican and Nicaraguan fillers. The Half Century is limited to 1000 boxes or 25,000 total cigars.

“About half of the production is sold out already,” said Arby Sosa.

The two newest projects are reintroductions of old favorites – The Imperio Cubano and the Macabi. Both of the brands were very popular back in the 1990s and are being reintroduced as limited productions with blends that have been tweaked to satisfy today’s discerning smokers. The Imperio Cubano is available at only 50 retailers across the country while the Macabi is just starting to roll out.

“The Macabi is boutique to the extreme,” explained Arby Sosa. “We have one roller and are buying all of our tobacco for this particular cigar from one producer, the Oliva family. That one roller is making all six sizes of the Macabi.”

The entire Imperio Cubano production is being made by Santiago Cabana, an 82-year-old man who runs the Sosa family’s Miami factory.

The Sosa Classic, which is the company’s original blend, remains the best-selling cigar in the Sosa lineup. It is made at the Tabacalera A. Fuente #4 Factory on the Dominican Republic under the watchful eye of Master Blender Juan B. Sosa. It boasts an Ecuadorian Sumatra wrapper, Honduran binder and Central American and Dominican fillers. All tobaccos are aged for a minimum of three years. The Sosa Classic is a medium-bodied cigar known for its consistent quality and rich, smooth taste. The Sosa Classic Pyramid, #2 received a 93 rating by Cigar Aficionado in 1988. That was the first-ever non-Cuban cigar to receive a 93 rating by Cigar Aficionado Magazine. In 2007, the Sosa Classic Wavell (Robusto) made Cigar Aficionado’s Top 25 list, which at that time was the least expensive cigar to ever make the list. 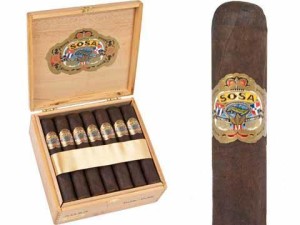 Why is the Sosa Classic still so highly received 50 years after its inception?
“It is a great quality cigar at a very fair price,” explained Arby Sosa. “As the market has evolved into more full-bodied cigars we have tweaked the blend to keep people entertained and to show that the cigar is evolving with the customer.”
The Sosa Classic, Sosa Super, 50th Anniversary, and Half Century are all blended by Juan B. Sosa and made at the Tabacalera A. Fuente #4 Factory using tobacco from Fuente. The two new projects, Imperio Cubano and Macabi are blended by Arby Sosa and produced at the company’s Miami factory using tobacco from the Oliva family out of Tampa, Florida.
“I blend the Imperio Cubano, Macabi and Sosa Limitado Stout torpedo,” said Arby Sosa. “I have been enjoying that part but my cigars at the end still get approved by the old man (Juan B. Sosa). Nothing goes out until the old man gives me his nod of approval.”
Sosa Cigars is a very devoted cigar company that is committed to evolving with an ever changing market. They are an extremely hardworking family with deep roots embedded in the industry and continue to evolve to ‘stay fresh and up to date.’ With so many new cigars and cigar makers on the market today, there is no question why smokers continue 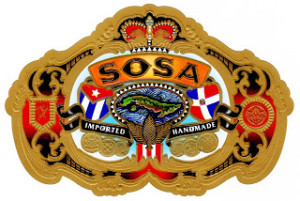 to reach for a cigar made by a company that was started over 70 years ago.
“Number one is our heritage. We are four generations, 50 years making cigars and over 70 years in the cigar business,” expressed Arby Sosa. “The patriarch, Juan B. Sosa, is truly one of the great Master Blenders in this industry. We use the great Fuente tobacco and using my father to make great blended cigars at a very moderate price is a great way to make you keep smoking Sosa.”