Cubariqueño Cigar Co. announces the release of the Protocol Official Misconduct. The cigars are being produced at Erik Espinosa’s 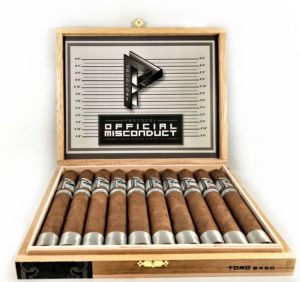 LaZona Factory in Estelí, Nicaragua. Protocol Official Misconduct will be available in a 6×50 format in boxes of 10. The name continues with the Protocol theme of Law & Law Enforcement as owners Bill Ives and Juan Cancel are police officers & Bill Agathis an attorney. The blend consists of an Ecuadorian Habano wrapper, Nicaraguan binder and Nicaraguan fillers from Esteli / Jalapa. Kevin Keithan, National Sales Manager stated, cigars are being classified as medium plus in strength. Initial release will be at Cubariqueno’s 3 Year Anniversary event on May 12th at the Holiday Inn located in Clinton, New Jersey through Berkeley Humidor and pre-sales will also be available through BerkeleyHumidor.com initially. Cigars will begin to ship to retailers May 15th and head to the 2018 IPCPR this summer. Cubariqueno also announces a line extension in the Probable Cause line. Keithan stated that Cubariqueno has added a Corona Gorda measuring 5 5/8 x 46 to their portfolio. Those cigars will also be made available in boxes of 10 at the Anniversary event and will also ship to retailers on May 15th. 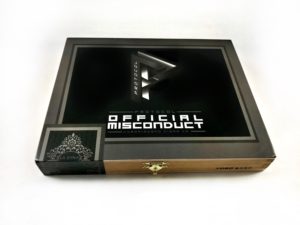