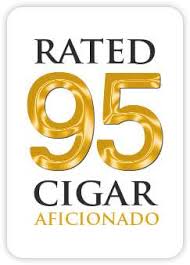 Cigar ratings are worthless.  You are probably asking yourself right now, “is this guy nuts? Has he lost his mind?” No, I have not lost my mind, if fact I am here to knock some sense into you. That’s right I said it, those of you who live by ratings and worthless numbers are making a huge mistake.

There are so many great cigars today from traditional blends to boutiques, so why should we believe the opinion of one stuffed shirt behind a desk at Cigar Aficionado. We shouldn’t. Has he smoked every cigar in the world? Does he know your palette and what you like? No. What criteria is he using to determine which cigars are good and which cigars are not? We don’t know because they don’t tell us. The entire process is too subjective for one guy to tattoo a number on a cigar.

How do you determine a good cigar from a bad cigar?

How many times have you looked at a girl and fell in lust? I know I have a million times. A nice set of cans is hard for me to resist. Then my buddy slaps me on the back of the head and asks me if I’m blind. “Hell no dude, I’m in love”. Apparently he thinks his eyes are better than mine. Says who?  Why treat cigars any differently?

Don’t listen to what supposed experts say.  The Top 25 list has become a joke and is often influence by outside sources. Sure, there are usually some great cigars on the list every year, but that is because I tried it and liked it. I didn’t pay attention to the number attached to it. Any rating or review that describes notes of leather and earth with a hint of espresso and chocolate is a bunch of horse shit. I don’t enjoy eating dirt or leather for that matter, but I sure love smoking a tasty cigar.

Remember, the only thing that matters is whether or not you enjoy the cigar. You be your own critic. Don’t get me wrong, I’m not saying you shouldn’t try a cigar on the Top 25 list, but don’t take the ratings as the word of God. If you like it great, smoke it. But if you don’t like it don’t think something is wrong with you, you just don’t like it.   I argue with my friends all the time over girls. I like boobs, they like butts. Whose taste is better? Mine.

One Thought to “Cigar Ratings are Worthless”